Amid the chaos of trying to tie up like a bajillion loose ends before the end of the year, it occurred to me that it would be a good thing to take some time to reflect on what’s happened in Bloomland in the past year.  I have a feeling that years from now we’ll look back on 2011 as a defining year for us.  And while it is my conviction that we’re still in the process of “planting” this church in the soil of Denver (= we’re still, in many ways, in the “prequel” of the total Bloom story, at least in my opinion), this has been a crucial, and eventful, 12 months.

And so… without further ado… the 2011 Bloom Year in Review – some highlights:

It would be easy to dismiss such things as irrelevant to the life and mission of the church – but the truth is that that move was a crucial step in the process of Bloom (re)claiming her identity as a totally authentic community of folks shaped by the Jesus story for the purposes of God in the world.  I am glad we made it.

If you follow our community much, you know that the Christian calendar is something take pretty seriously.  We do so not for the sake of slavish conformity to “religion”, but because we believe that the movements of the calendar powerfully shape us.  The annual rhythm of facing the “death” of our lives in light of the Resurrection… I have a feeling will be seeing the fruit of this past Lent for years to come.

1,800 people in attendance.  6 churches.  Gathered together as one to worship towards the cross.  It was SUCH a privilege to lead that gathering – a statement of how beautiful the Church can be when she takes the call to unity seriously.  When the gathering was over, I remember walking out and down into a dark hallway to catch some time by myself.  As soon as I hit the floor, I started crying.  To be able to participate in something like that… what a privilege.

And then we entered the summer…  After a pretty eventful spring, I had planned on making summer a more or less “quiet” time of recalibrating, resting, reading a lot, and thinking about the upcoming ministry year.  In reality, it turned out to be almost UNCOMFORTABLY quiet.  Maybe I forgot that students tend to go home for the summer and that non-students tend to take vacations.  Either way, it was much quieter than I expected it to be…

…which turned out to be a really good thing.  I turned 30 this July, which, planted as it was in the middle of what was already going to be a soul-searching time, made the summer a little EXTRA soul-searchingy (not a word, I know).  The thing that I kept thinking was, “Am I living the life that I want?  Does this community reflect the things I’m most passionate about?  Have I planted the flag of what I’m willing to bleed over for the rest of my life deep in the soil of this place?  And if not – why not?”  And tied into that was a question for those of us in leadership at Bloom: “Are we leaning into the dream of this community – its guiding ideals – with all our strength, articulating that dream and those ideals with clarity, and inviting people to run with us?”

In many ways, this summer wound up being “put up or shut up” time for all of us.  I remember having several conversations with Mandi in which I said, “Honey, I’m not going to do this halfway, dragging you and the kids through a decade of mediocrity.  We’re either gonna make a good solid run here at what we believe most deeply in, or we need to move on.”  Likewise, those conversations were had with Michael and Lisa Gungor, who resonated deeply.  Let’s do this, or not do this… but nothing in the middle.

Can I just pause and say… those are liberating and DEEPLY innervating moments.  It’s easy to let things settle.  To let the dreams die.  To let the ideals slip into obscurity.  To just accept things as they are.  And then every so often… there is a watershed; a moment in which you decide to fight for what you see in the depths of your soul, to go “all in” for what you think is right.  Those are the best moments.  Would to God that we had more of them.

Which is what was so important about this past summer.  It was a time of coming together and saying, “What are the hills we’re willing to die on?”  And for both families, the dream of reverse-engineering a community in which the guiding intuition was “If you put spiritual formation and mission on the front end of everything you do, the rest will follow…” was central.  To see the Front Range saturated with communities of folks (house churches) learning to calibrate the whole of their lives to the reign of God in Christ and then living that reign before the watching world, causing the kingdom to “Bloom” wherever they were… that’s a dream to die for.

So we got up one Sunday night this past Fall, talked about our dreams and goals, and then announced what we were going to do about it.  These were the results:

A “garden of resurrection”… it’s a guiding image for us.  A month ago we held our first annual all-church Thanksgiving dinner.  We had our normal gathering, then broke for dinner, reconvening around tables in our main worship space.  The goal of the night was to build community by eating together and then hearing stories of what God’s been up to in people’s lives the past year… “testimonies”, if you will 🙂

We had no intention of this night turning into what it turned into.  One by one, folks came up to the microphone and – to our great surprise – started sharing about what Bloom has meant to them.

I was in this really dark place, and then I came here… and things are totally turning around…

It was quite frankly shocking.  I fully expected people to share stories more or less “out there” about what God had been up to in their lives… to have them told in such a way that they wouldn’t make sense apart from their involvement in our community… Gardens of Resurrection…  Michael put it beautifully in a leadership meeting several weeks later: “If that night was a physical checkup for Bloom, she passed it with flying colors.”

And so it is that I sit here at the end of the year (planning our first ever Christmas Eve service… woot!), unbelievably grateful for all that God is working in our midst and totally jacked up about the future.

So when you think about us – pray for us.  And if your heart so moves you – give to us as well.  Your prayers and gifts help make what we do possible… so thanks for being part of the story with us.

Grace and peace to you. 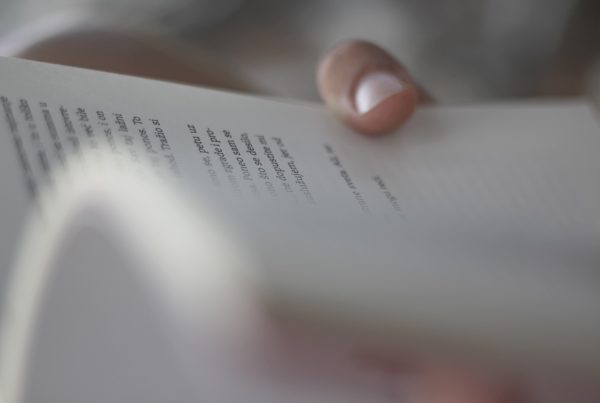 Streams in the Wasteland